A water installation in Oberhausen's Gasometer

We turn the tap on every day as an illusory matter of course. Already the water flows as long and as much as we want. In fact, however, water is a valuable and scarce resource, more valuable than oil. 'Blue Gold' was accordingly the title of a production setting the scene for the subject of water in Oberhausen's Gasometer. The way in which the scene was set for the element in the former gas holder was absolutely not dry, but spectacular and sensuous. 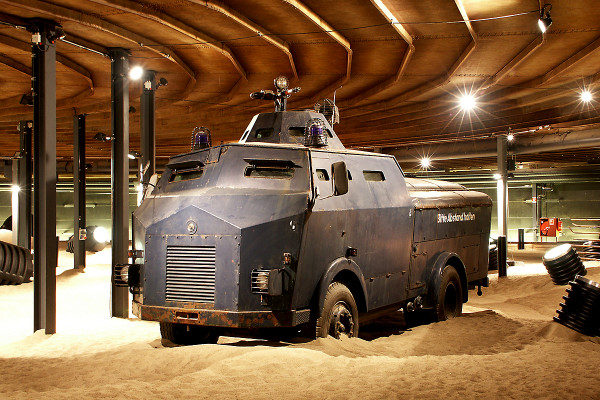 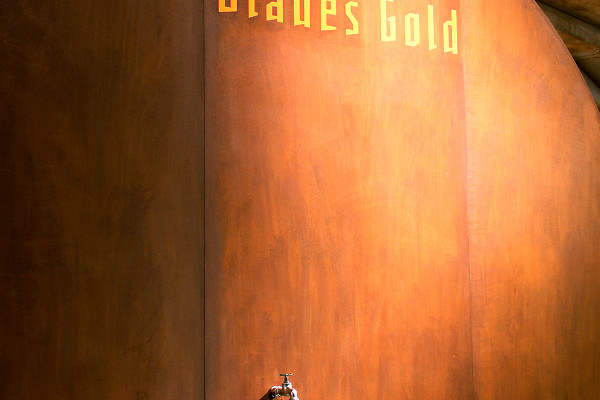 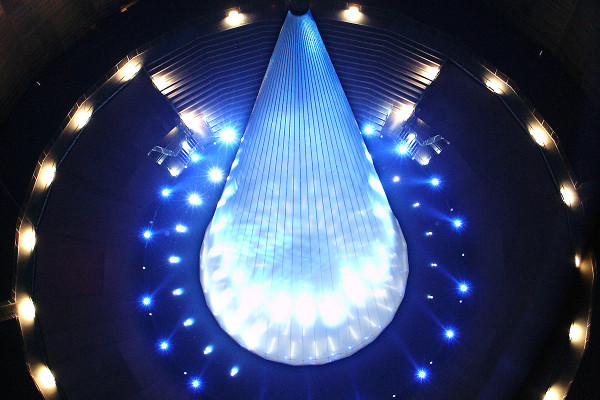 The highlight of the exhibition: the gigantic water sculpture. Foto: Wolfgang Volz 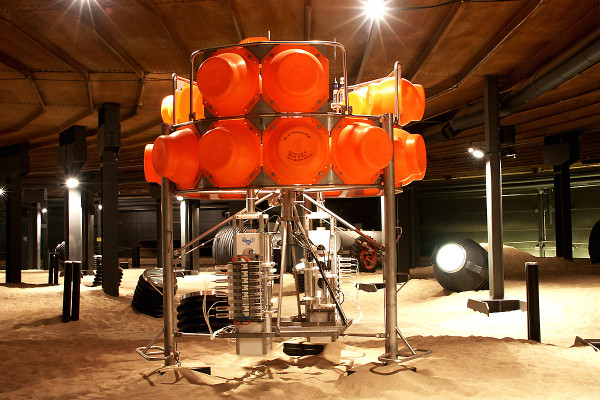 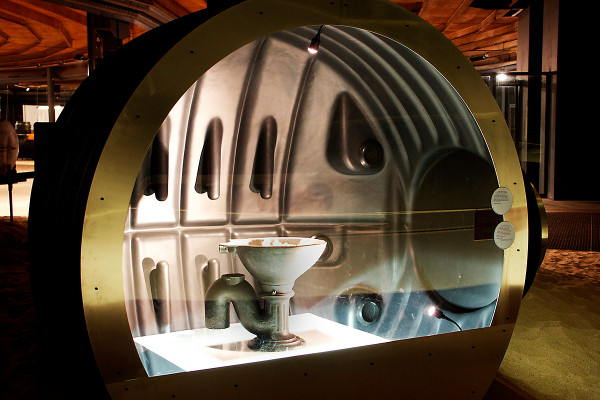 A water closet in a special exhibition showcase made from a rain collection tank. Foto: Wolfgang Volz 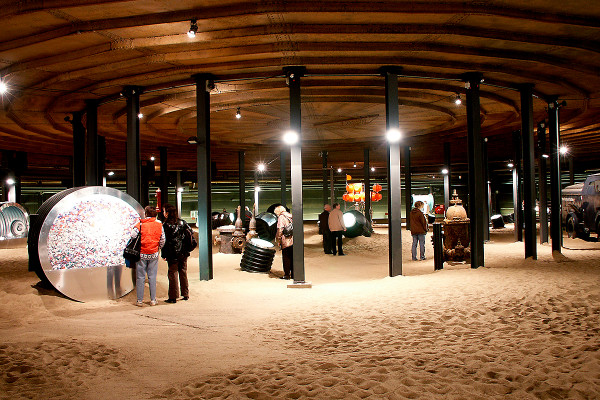 The lower exhibition level was transformed into a sand landscape. Foto: Wolfgang Volz 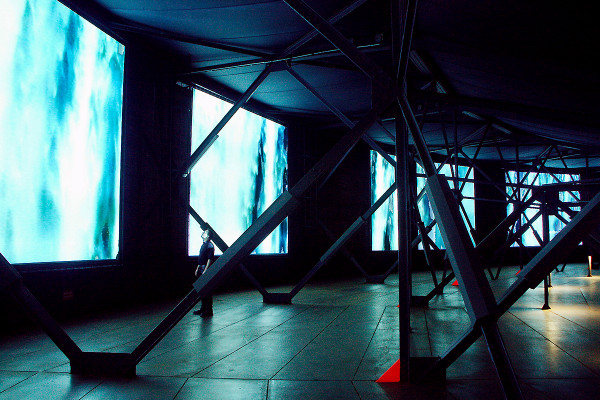 First of all, the visitors to 'Blue Gold' virtually went through the desert. A total of 833 tons of ultra-fine, bone-dry sand covered the floor of the Gasometer several centimetres deep. The exihibits - including a water cannon - were distributed over this little desert, and first had to be discovered. Converted rainwater tanks which had been cut open and were illuminated from inside served as showcases for smaller objects.

On the next level, you fancied you were on the right way to the 'Blue Gold'. In the sound and video installation by Paul Schütze the water flowed upwards on 22 projection surfaces, showed the direction towards the spectacular climax of the exhibition, a 50 metre high, strikingly illuminated cone of water.

This huge cone stood in the middle of a 400 square metre-large lake, 7500 litres of water were permanently in circulation here and flowed down the outer skin of the object. Together with a spectacular sound and light installation the water became something that you could experience sensuously - without getting wet in the process. 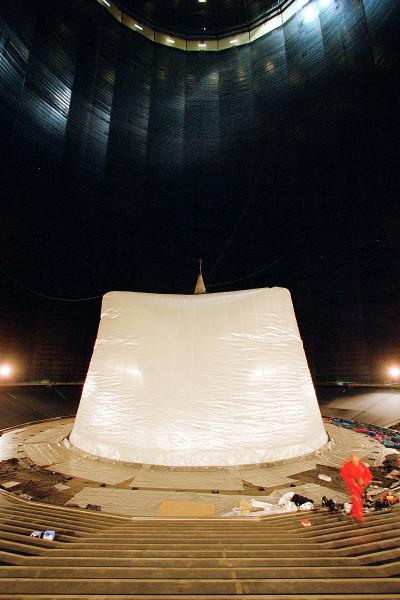 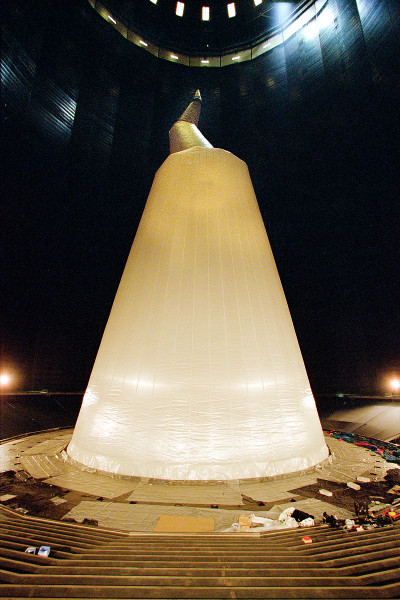 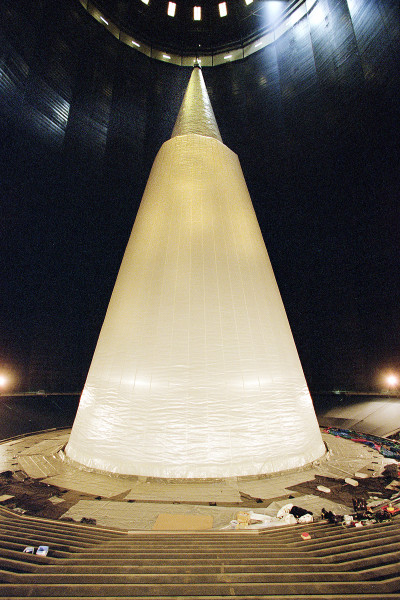 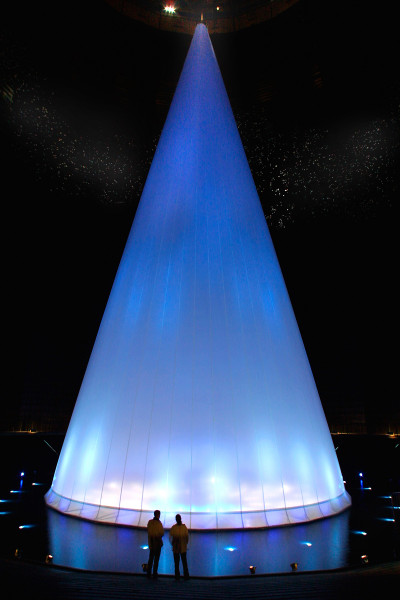 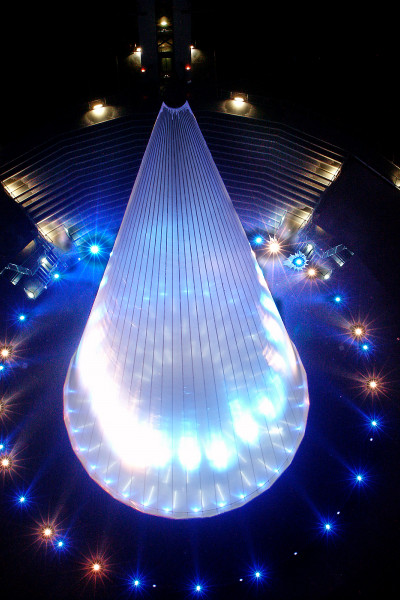