During the 1920's, industry had a firm hold on the area covered today by the city of Oberhausen: - pit heads, coking plants and iron works were typical sights here as in other parts of the Ruhr. But their networking did not yet function in an optimum way in all areas. The top gas that was produced in the iron works of the Gutehoffnungshütte (GHH) was in fact already used in order to fire the coking ovens in Osterfeld. However, as soon as there was a delay in iron processing, coal or oil had to be burned for coke production. In reverse, the iron works flared off its gas unused as soon as coking plant operations were not running smoothly. The Gasometer was intended to remedy the losses thus produced by storing gas and releasing it as required. 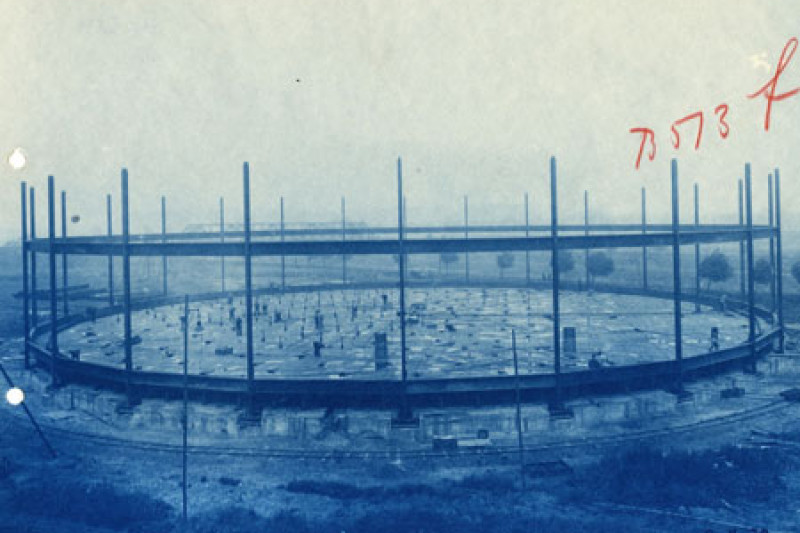 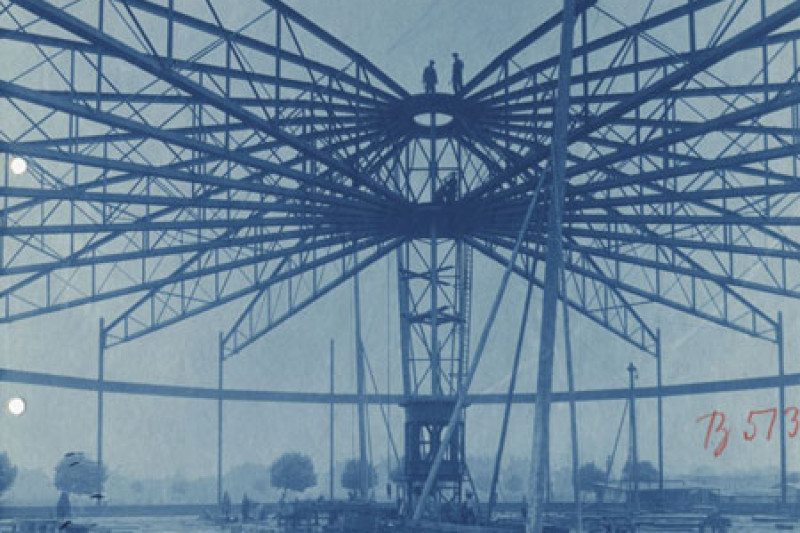 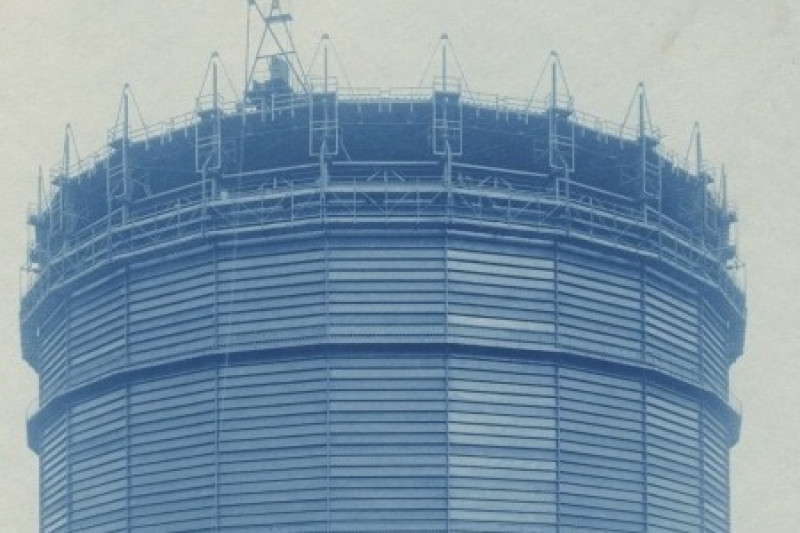 In February 1927, its construction was commenced and after roughly two years, by the Rhine-Herne Canal the largest gas holder in Europe stood, with a height of 117.5 m and a diameter of 67.6 m. It had an effective volume of 347,000 cubic metres and cost 1.74 million Reichsmarks. The money was well invested since its operation paid off after the very first year. At first it was filled with the low-energy top gas which accumulated as a waste product in the blast furnaces. Later it accommodated the higher-value coking oven gas from the coking plant in Osterfeld and with it mainly supplied the surrounding industrial plants as far as Ruhrchemie in Holten.

During the Second World War, the Oberhausen gas holder was hit by bombs several times, but had to be shut down only just before the end of the war, in January 1945. After the war it caught fire during repair work in 1946 and had to be demolished as far as the foundations. During reconstruction which took until 1949, various structural elements, including the roof were able to be re-used. After the demand for coke stagnated, the coking plant in Oberhausen was closed. And its gas was increasingly replaced by natural gas supplied via pipelines. The Gasometer became superfluous and its decommissioning took place in 1988.