The Dream of Vision

The television exhibition in the Gasometer, Oberhausen

"The exhibition is more exciting and entertaining than the Saturday evening programmes of all of the TV stations together". The Frankfurter Allgemeine Zeitung could hardly have paid the exhibition 'The Dream of Vision' a finer compliment in 1997. But not only the critics were enthusiastic, the viewing figures were also right - in total more than 540,000 visitors came to the Gasometer to 'watch TV', gained their own picture of television and turned the Gasometer into a gigantic 'goggle box'. The most used medium by far was ready for its first great cultural history exhibition. 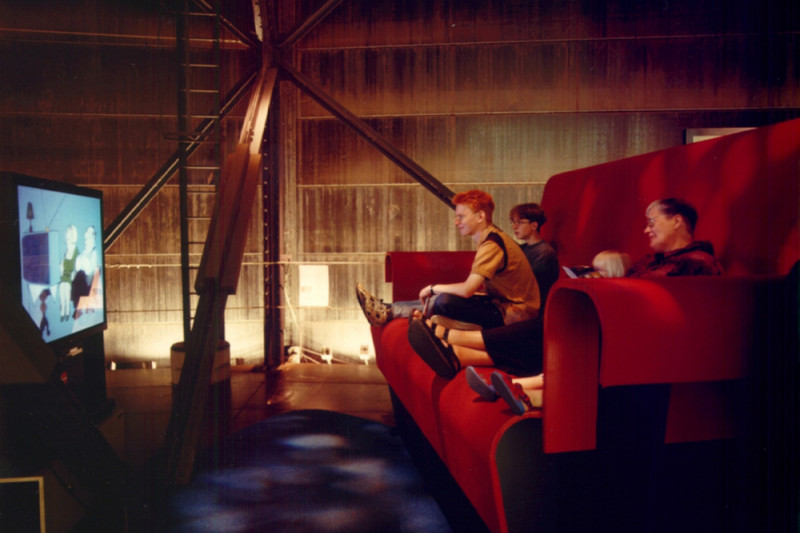 One of the six themed sofas. Foto: Gert von Bassewitz 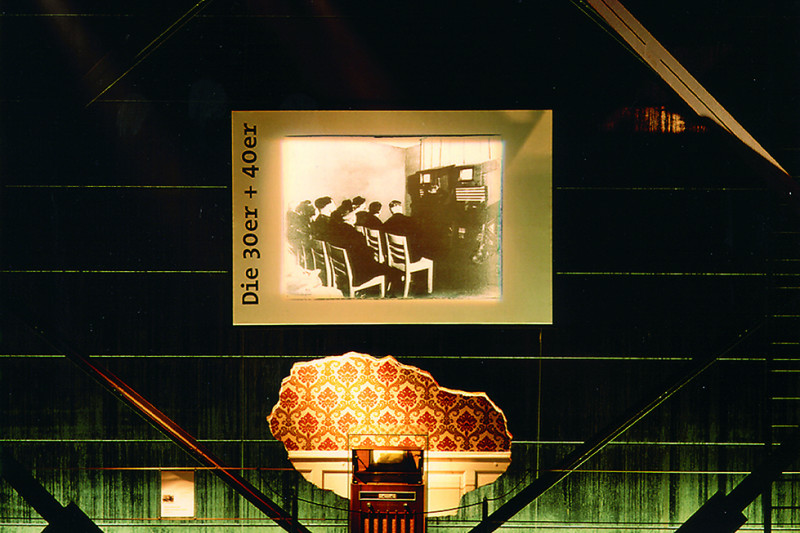 "Television has made a semi-circle out of the family circle", said Robert Lemke. Here someone made a critical statement about a medium which he himself as a moderator had a lot to thank for. Critical fondness, an enthusiastic and at the same time sober consideration of television was also what 'The Dream of Vision' was. Starting with the first telescope views of the moon by Galileo Galilei, via approaches to media theory by Marshall McLuhan ('the medium is the message'), as far as quite specific exhibits from the history of television. 'The Dream of Vision' made an unintelligible medium comprehensible.

On an area of 4700 square metres 'The Dream of Vision' invited you on a journey through time, too. A reunion with German TV personalities like Dagmar Berghoff, Werner Höfer and Wim Thoelke, encounters with Lassie, Flipper and Fury. The 'Schweinerl' (Piggybank) of Robert-Lemke (the moderator of the Heiteres Beruferaten, the German equivalent of 'What's My Line?’), the goal wall from 'Aktuelles Sportstudio'. Hundreds of original props were presented in high-bay racks, elaborate productions were reflected over our master medium. Just as if the Gasometer were dreaming of television.